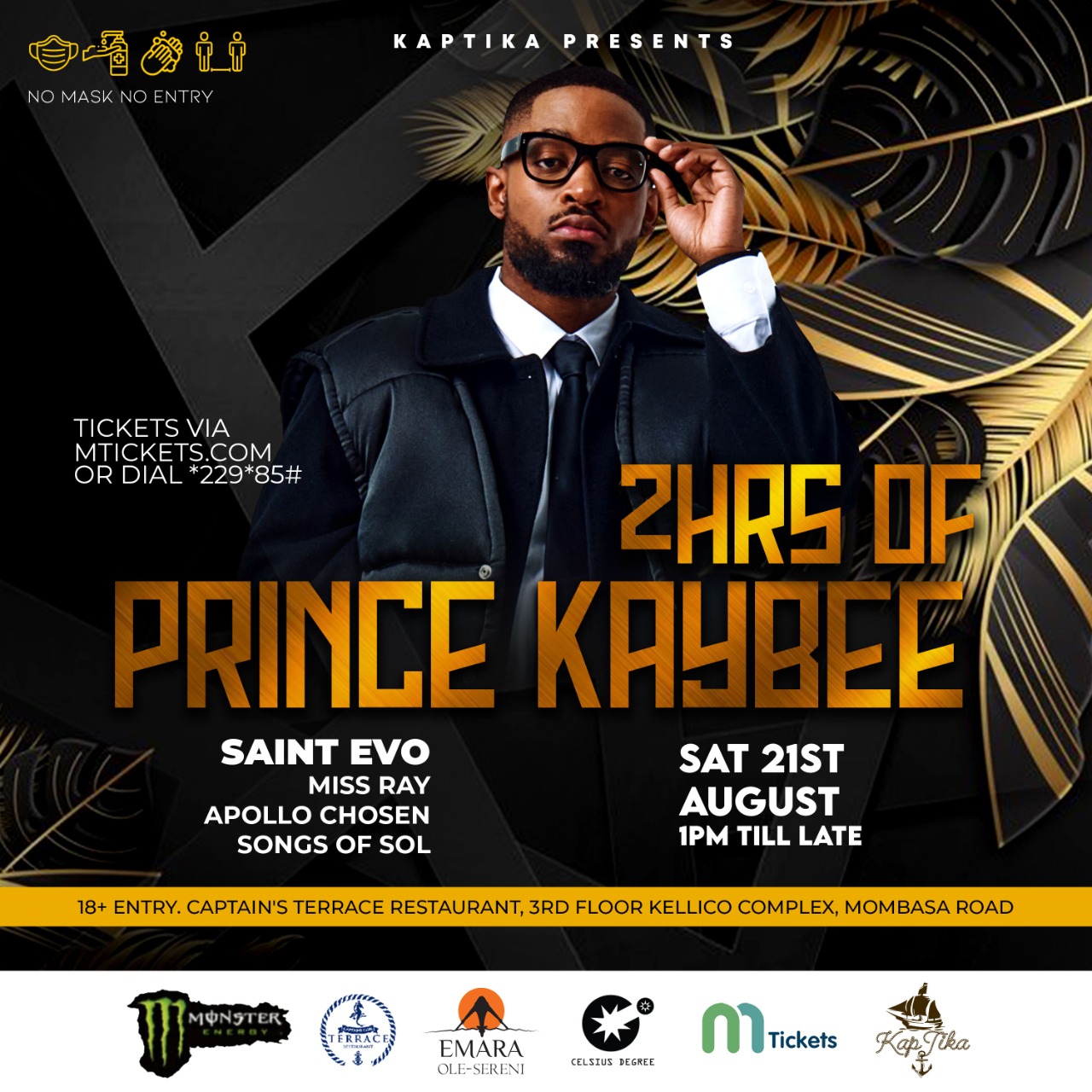 many more. This August, he will be gracing the stage at Captain’s Terrace Restaurant alongside

Producers Chart in the World. Don’t miss this event as Prince Kaybee will also be playing

several hits from his newly released album titled, THE 4 TH REPUBLIC. His 2 Hour set is not to

view of a national park, in the form of the Nairobi National Park. Come party, feast on unique

cuisine, as you also watch some game!

If you are coming from out of town, don’t forget to book your rooms at Emara Ole Sereni,

which shall be having discounted prices just for you!